next to resist instead of next to suffer

Associates from Ireland, Italy, Spain and the UK have begun to connect my Greek origins to well-informed questions about what is happening in Greece and how the situation will evolve. Just before I give them my answers (and to let off some steam at the same time) I can’t help noticing the contradictory nature of their consequent responses: "We are next" English-speaking people respond; "We are next" the others respond too (despite my constant remarks that I speak little of their language) and then they all stand in silence, staring into vacancy as if they were trying to picture an abstract future in their homeland. Sadly they can't alleviate my sorrows; I actually function more as a mirror on which their insecurity and feelings of awkwardness are reflected, together with a secret hope that they will irregardless escape Greek misery. 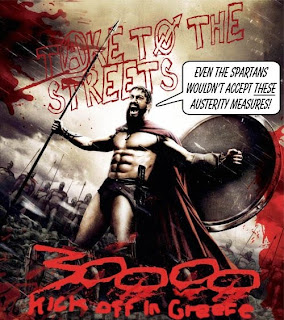 In a final effort to gain some succour from our communication, I repeat their words "We are next" focusing on the necessity of reversing the negative charge on these words. If people really feel that they are next, I try to convince them that they should be “next to resist” instead of “next to suffer”. But then I realise that this viewpoint does have the desirable relieving effect, however not on them, just on me.
I need to insist, though. Besides being a token of the most prominent export product of Greece, i.e. the scientific proletariat, I also have to become the carrier of what Greece now is morally obligated to export; Resistance. The Greek problem is an international problem, but resistance is not yet similarly internationalized. Globalization of resistance seems the only obvious way to starting getting rid of the problem itself and also of its creators (those who now try to convince us that they are the solution). 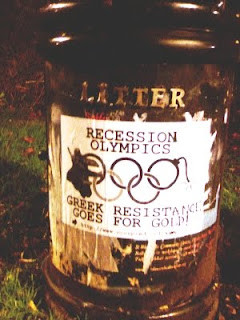 The first signs of dispersion of the Greek spirit of resistance has started becoming visible now, even in the UK. Universities, which face continuous cuts in funds, human resources and science departments, mention the Greek people in their protests, campaigns and debates. Not Greek suffering, but the Greeks’ resistance! This must be continued! The massive demos in the streets of Greek cities, the general strikes, the occupations, the highlighted and symbolic storming of the Acropolis by Greek workers, all these are not just a cause of sensation but the source of inspiration and repetition (well, you don't need to occupy the Acropolis!)
Six years after the 2004 Summer Olympics, Greeks can safely say it out loud again: "The whole world is watching". This time, let them show the world something that will really help it improve.
Το έγραψε ο el Romandante at 14:36

Αll greek to you? check the english version 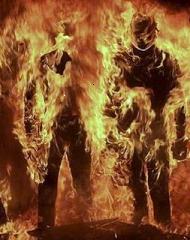 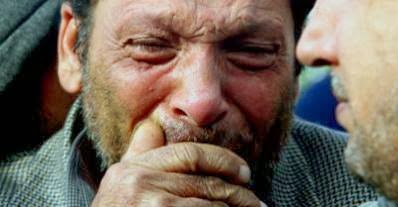 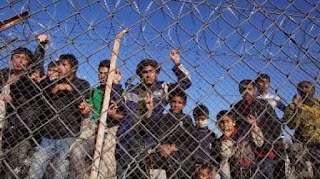 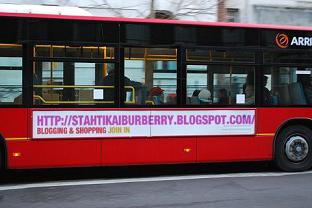